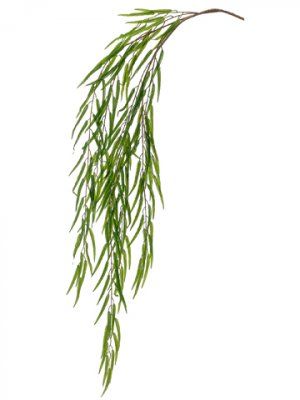 I was about 12 years old when spending more and more days and nights with my grandma Hall (my mom’s mom) became common: dad was very sick and mom sent me to grandma’s house so that she could be away at the hospital with dad or in the summertime, put in an 8 hour day at work.

One late summer day with grandma baby-sitting several of her grandchildren, she specifically said to me, “don’t go past the curve or I’ll give you a good switch’n. I don’t want you kids ran over – I want to be able to see you from the house.” She was wise enough to know that I was always the ring-leader of outlaw behavior. It seemed that whatever I did, the rest would follow, for good or bad. Grandma was not being fussy: the one-lane twisting road to her house was full of blind spots for cars to run over playing children. She wanted us to stay close to the house.

One day when several of my cousins and I were playing near the curve, I led the whole pack of us past the curve, down a straight-away past the “creepy house” and into the next curve so that we could slide down the embankment on our rears. We were muddy and having a blast. Then I looked up. There she comes down the road at us – at me, with a willow branch in her hands (one of the worst sounds in the world is your grandma stripping the leaves off a willow branch: phft, phft, phft, phft!!!). The next thing I remember is feeling the stinging, needling, expertise of a grandma’s switching method on my legs. Later on in life I came to love her for it. You know why?

You see, across the creek in her back yard was that willow tree where those nasty discipline branches grow, but just behind the tree up the hillside were several blueberry bushes. And in late July, early August, she and I would pick blueberries together, all alone just the two us. Grandma was so fun to be around and she truly enjoyed my presence. We’d wash them off. She’d put them in a bowl of cold milk, sprinkle some sugar in the bowl, and we’d sit at her L – shaped counter across from each other talking and enjoying our favorite dessert. I believe she loved me so much that she was willing to bring some temporary pain to my legs in order to protect me from getting injured or killed, so that . . . we could spend wonderful afternoons together enjoying a blueberry delight.

It’s part of what it means to be human: anything worth enjoying in this life will take a stern resolve to oppose whatever threatens your joy. This is why our Lord will discipline his children (Hebrews 12:7-11; 1 Peter 1:6-9), in order to protect our walk with him.

This life is painful. You can either suffer and never know the purpose or meaning behind your suffering. Or, you can follow the Lord and be sure that every sorrow that is permitted into your life is to protect your eternal joy. I had a grandma who taught me that, and I am grateful.

Children are notorious for calling it the way they see it, literally. Though they can role-play all kinds of imaginary figures, their imagination is grounded in concrete terms. I was startled recently by what one of my grandsons asked me. I’ll set it up for you.

A few weeks ago we were in West Virginia visiting my mom; Joey and Ashley were with us, and their three boys. It was time to go on an adventure on my dad’s four wheeler. I decided to show the boys my most favorite spot: directly behind my parents home through the woods, about a half mile, is what has come to be known as Pirates Cove on Summersville Lake. I first saw this sight when I was seven; my uncle Benny brought me to this cliff and I was mesmerized by the beauty, and the height. So, with excitement and anticipation in my voice, I began telling the boys as we headed out that I was going to give them a great adventure into the woods four-wheeling to “one of the most beautiful places that you’ll ever see.”

We got as close as we could to the cliff, parked the four wheeler and began the final 100 yard walk through the woods to this majestic edge that overlooks the lake. Getting closer to where you could just barely see blue sky through the leaves, I stopped and got down on the boys eye level and asked with excitement, “What do you hear?” Gabriel and Joseph both said, “I hear people laughing.” I responded, “That is right.” This cove is famous for cliff diving, photo-ops, and hanging out on boats, anchors away! But then I asked, “What else do you hear?” Joseph spoke up like he discovered a secret treasure, “I hear water.” It’s a beautiful sound to hear in the thick of the woods as the water from the streams flow over one of the cliffs, splashing 60 feet down onto the blue water. About this time the boys were completely and fully alert for something spectacular. “Are you ready to see something wonderful?,” I asked. They both just stood there grinning from ear to ear shaking their heads up and down with approval. I stood up and we began the last 30 yards or so. Then, Gabriel grabbed my arm and stopped me and said . . .

Remember what I said about a child’s ability to concretely, literally, say it like they see it? What came out of his mouth made me speechless. With eyes now wider than ever and with the kind of joyful anticipation that only a person would express when you really believe that you’re about to come into something truly breath-taking, he said, “Are we going to see your dad?!?!?”

Joseph’s eyes and mouth opened even wider now. My eyes filled with water and I was stunned into silence and amazement that Gabriel thought I was taking them into heaven to see my dad. They knew something was strangely odd about the sounds and sights ahead, and for Gabriel, the only natural thing that could explain the echoing of water and laughter was heaven, and the sight of my dad, their great grandpa.

The only natural explanation for the desire of eternal life that you feel deep inside of you is that heaven is real because Jesus is real. I’ll never forget this time with my grandsons and I’ll never let them forget it. The greatest adventure is ahead of us . . . as Jesus said, where nothing can ever steal our joy again (Matthew 6:19-21).

What did I say to Gabriel’s question that was filled with excitement and hope?

Taking a deep breath as if now this rock cliff and lake will not measure up,