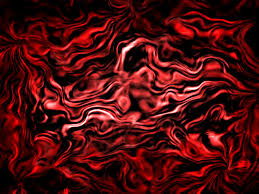 Again, I am so grateful for the counsel and influence of men like Ed Welch, David Powlison, Ted Tripp, and others associated with CCEF (Christian Counseling Education Foundation. Check them out and buy every book they write!)

Let’s take a moment and look into God’s Word to see ourselves in two men that displayed ungodly and destructive anger. Then we’ll see the posture of our loving Lord as he calls us all to consider his character and join the party.

Our two examples are Jonah the Prophet and the Older Brother of the Prodigal Son.

“For jealousy makes a man furious, and he will not spare when he takes revenge. He will accept no compensation; he will refuse though you multiply gifts.” Proverbs 6:35-35

“Wrath is cruel, anger is overwhelming, but who can stand before jealousy.” Proverbs 27:4

“A man of wrath stirs up strife, and one given to anger causes much transgression. One’s pride will bring him low, but he who is lowly in spirit will obtain honor.” Proverbs 29:22-23

Some definitions of Jealous Anger:

~ Intolerant of rivalry or unfaithfulness ~ Disposed to suspect rivalry or unfaithfulness ~ Hostile toward a rival or one believed to enjoy an advantage ~ Vigilant in guarding a possession ~ Suspicious in nature ~ Impugns the motives of others ~ Almost always sees self as “right” and deserving of good things ~ Interprets all of life through a competitive grid, seeing others as people to be conquered

Our scripture references for the two men are taken from Jonah 3:6-4:11 and Luke 15:25-32. Read this texts and then answer these questions:

Why is Jonah angry? Why is the older brother angry?

An explanation for this profile is that an angry person does not live in the category of grace but in the category of merit. The heart of a prideful, jealous, angry person speaks like this: “Whatever good thing you have – that is what I deserve and you don’t, because I’m better than you! I have done right therefore I deserve what you have. You have done wrong therefore you do not deserve what you have.”

Self-Righteous, Jealous Anger sounds like Jonah and the older brother of the prodigal. A self-righteous angry person believes that he deserves good things. He is jealous of the love that God shows and gives to “undeserving” people. Angry people, in their heart, despise mercy. They don’t live in the world of mercy and grace – they live in the world of “I deserve the perks, the respect, the admiration, the advances, because I have done all the right things long enough, more enough, better enough than others. And I hate it when those who have not done the hard work get good things.”

What does anger sound like? Anger is the arrogant Pharisee who compares himself with the tax collector and says, “I’m not like . . . because I . . .” Self-righteous anger says, “That’s wrong – I’m right”. It’s the emotion that judges something or others as wrong and smugly rejoices that you are right without any regard for God’s mercy as the ultimate cause of all good and right things in your own life.

But God calls you to come home to a Father who loves you, to join the party, to consider his concern for sinners and animals. He is slow to anger and is merciful to those who want the mercy to turn away from self-righteous anger. Your anger is redeemed when you see that you have no right to be angry with God for being merciful to whomever he pleases (Ex. 33:19). Your anger is slayed when you repent of thinking that you are more righteous than God is. Your anger is put away when you see that the same judgment that burns inside you, is the same anger that burned against Jesus Christ for your sins so that you could be eternally loved by a holy God. Your jealous anger is buried at the Cross of Christ when you see that all that you are fighting for in this life is already yours in Christ. Your blood-thirst for revenge upon real wrongs done to you is put to rest when you see the Risen and Reigning Christ returning in Glory to punish those who will not repent and have not loved his appearing. Your refusal to wait for justice is tempered by the assurance that the Righteous Judge of all the earth will vindicate.

Now, with the aid of the very Spirit of God within you, be merciful to those who don’t deserve it because that’s the point of mercy: No one deserves it – including you and I.